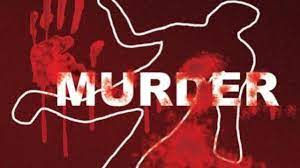 VadodarIn Makarpura GIDC, a young man who ran a lathe factory was killed and his body was found in a dump on the Tarsali highway. Makarpura police have registered a murder case and are investigating. It was reported that the death occurred due to excessive drift.

Originally from Bihar, Dilip Kumar Shambhusharan Kushwaha currently lives in Induyajniak Nagar behind Makarpura Depot with his wife and children. Dilip Kumar runs a lathe machine factory at Makarpura GIDC. Yesterday morning he had to take his wife Binduben to the hospital. At nine o’clock in the morning, he said to his wife, I’ll be back at the factory in half an hour. And then he left the house with a bicycle. But, he didn’t come back for half an hour, the woman called him on his cell phone. But, the husband did not receive the phone. Son Santhosh made a call. After that, the family members went to find Dilip Kumar. But, without finding a trace until the evening, they finally went to Makarpura police station to introduce themselves. But, the police said you should search. Otherwise, come in the morning.

Later that morning Dilip Kumar’s body was found in a heap of rubbish on the Tarsali highway. It was discovered that someone had inflicted a serious head wound on him with a sharp weapon. Police sources said that Dilip Kumar died from excessive bleeding from this injury. Meanwhile, the police have registered a murder case based on the complaint of Dilip Kumar’s wife and are looking for the accused.

Father and daughter living in the neighborhood suspected of having killed

Earlier had threatened to kill

Vadodara,Bindudevi, the factory owner’s wife, told police: “Three months ago, we bought a house in Ayodhya township behind Makarpura Air Force. Renovation work on this house is in progress. Suresh Vishnubhai Jadav lives next door to us. We and Suresh Jadav talked about the cost of the party wall of the house. They asked us for 80,000 for the cost of the party wall. But, we decided to give 45,000. Of which 15,000 was given in cash and 30,000 by check. But, Suresh Jadav and his daughter Khushbu used to argue with us from time to time. threatened to kill me. We also filed a complaint with the police. So I suspect father and daughter killed my husband.

Disappeared after leaving the factory at 10:30 a.m.

Vadodara,While Dilip Kumar Makarpura disappeared after arriving at the GIDC factory, he was reported missing at Manjalpur police station. The investigation carried out by the police revealed that he had gone to the factory in the morning. He leaves after finishing work at 10 p.m. But, after that, he does not return home. Police are reviewing CCTV camera footage installed at the GIDC for information on where Dileep went after leaving the factory.

Mobile and bike not yet found

Vadodara,Police are currently investigating various theories. However, no concrete link has yet been found. Who did the deceased speak to last? Who sent the message? The police began to study the CDR to verify the latest location. Dilip Kumar’s bicycle and mobile phone have not yet been found. .

Uluomato'otua Aiono - from factory to NZ Business Hall of Fame

an important part of the expansion strategy