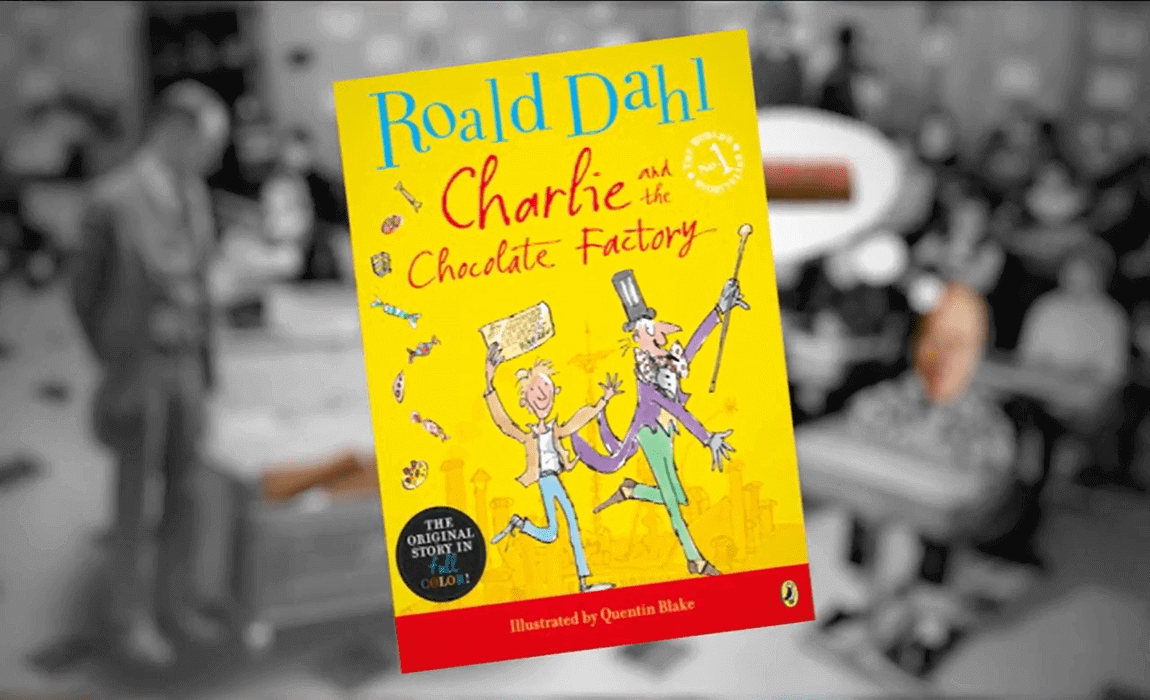 The story begins with how Charlie is a young boy with great ambition. Charlie comes from a poor family. They can’t afford to fulfill his dream.

Every day as he goes to school, he passes by Willy Wonka’s secret factory. He can’t wait to take a look and that’s when he gets the chance! Willy Wonka announces that he has hidden golden tickets in five chocolate bars. And whoever wins will have the chance to visit their factory. Who will all win? Of course, Charlie will, as the title shows. Read the book to find out.

Charlie lives with Grandma, Grandpa and his parents. They all live together in a cramped house. But for them, money doesn’t matter! The fact that they love each other and share their misfortunes and their happiness is what takes precedence over material desires.

News of Wonka’s plan causes a stir throughout the town. Children flock to the market to buy the chocolate in anticipation of winning the raffle.

Charlie can only afford two bars. And as he prays, luck favors him. He finds the golden ticket in the second bar. Charlie is overjoyed and breaks the news to his family. Each child must be accompanied by an adult. Charlie chooses his grandfather!

The five chosen children are announced. But who will inherit the factory?

There is Augustus Gloop who is greedy. He likes chocolate. A parallel can be drawn here with Bruce from Matilda. He is punished as he falls into the chocolate river and is sucked into the liquid pipe which turns the chocolate into fudge. Then comes Violet Beauregarde, obsessed with chewing gum. She steals a piece of experimental chewing gum, which turns her into a blueberry. Veruca Salt loves squirrels and as she tries to capture a trained squirrel for herself, the squirrels recognize her as a “bad nut” sucking her into the nut machine. Mike Teavee tries to perform an experiment selling candy bars on television and he is shrunk to the size of a dwarf.

The interior of the chocolate factory is magical, and the workers are revealed to be the tiny cocoa-loving Oompa-Loompas, rescued from Loompaland by Wonka.

The Oompa Loompas are workers at Wonka’s factory. They are of a different race. Imaginary?

“Of course, these are real people. These are Oomph Loompa.

As each person goes through a trial, the winner stands alone – Charlie!

In praise of the book, a quote:

“In your wildest dreams, you cannot imagine such things happening to you! Wait and see!

Just like Enid Blyton and the Disney classics that mix magic and realism, so does Roald Dahl.

A former shoe, boot and cigar factory could become apartments