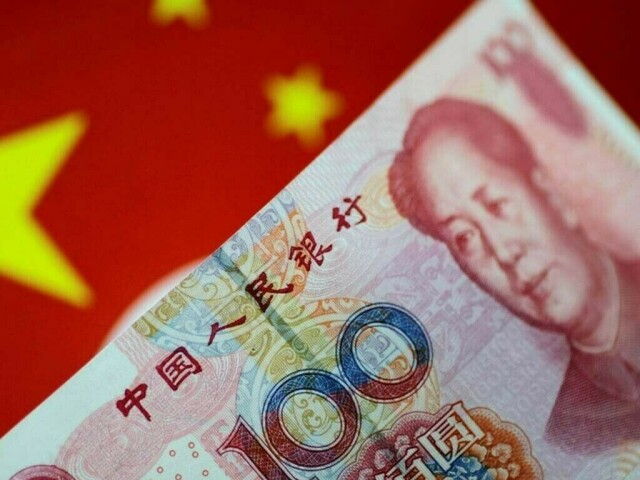 SHANGHAI: The Chinese yuan strengthened slightly on Wednesday, with some traders focusing on the European Central Bank’s upcoming meeting to see if it can offer more hints on rate hikes.

Market participants, however, remained cautious amid sharp swings in commodity prices, including oil, as Russia’s invasion of Ukraine continued until the 14th day and Western sanctions against Moscow intensified, traders said.

The People’s Bank of China set the midpoint of the yuan at 6.3178 to the dollar ahead of market open, firmer than the previous fix of 6.3185.

In the spot market, the yuan opened at 6.3159 to the dollar and changed hands at 6.3175 by midday, 20 pips higher than the previous late-day close.

The European Central Bank meets on Thursday with the specter of stagflation prompting economists to believe policymakers could delay rate hikes until the end of the year.

Sanctions against Russia have turned the Chinese yuan into something of a safe-haven currency, Tianfeng Securities said in a note.

However, “the yuan is facing depreciation pressure at the moment, while a catalyst has not emerged, exports will be a key indicator to watch,” he said.

Chinese export growth slowed in the January-February period largely due to base effects, although the data beat expectations.

China’s factory inflation in February hit its slowest annual pace in eight months due to the seasonal effects of the Lunar New Year holiday, but analysts expect it to rise in coming months due of soaring world commodity prices.

Some analysts have said the scope for monetary easing may be limited due to the threat of rising commodity prices.

“The risk of stagflation is increasing for the global economy. This is also a problem for China, although to a lesser extent, because domestic energy prices are regulated, hence the pass-through to domestic prices is delayed and mitigated,” said Zhiwei Zhang, Economist in chief at Pinpoint Asset Management, in a research note.

US President Joe Biden on Tuesday announced a ban on Russian imports of oil and other energy sources, an important move to pressure President Vladimir Putin to end his devastating assault on Ukraine. .

China’s central bank said on Tuesday it will pay out more than 1 trillion yuan ($158.31 billion) in profits to the central government this year.

“The PBoC’s decision reduces the likelihood of a reduction in RRR in the first half. However, we still believe the PBoC could replace the mid-term loan facility that matured in the second half of the year,” Zhaopeng Xing, senior China strategist at ANZ, said in a note.

The CFETS Yuan basket index, which benchmarks the Chinese currency against its peers of its major trading partners, extended its gains to hit a new record high at 107.27.

Bringing factory jobs back to the United States

The Old Spaghetti Factory Comes to Colorado Springs - With Streetcars