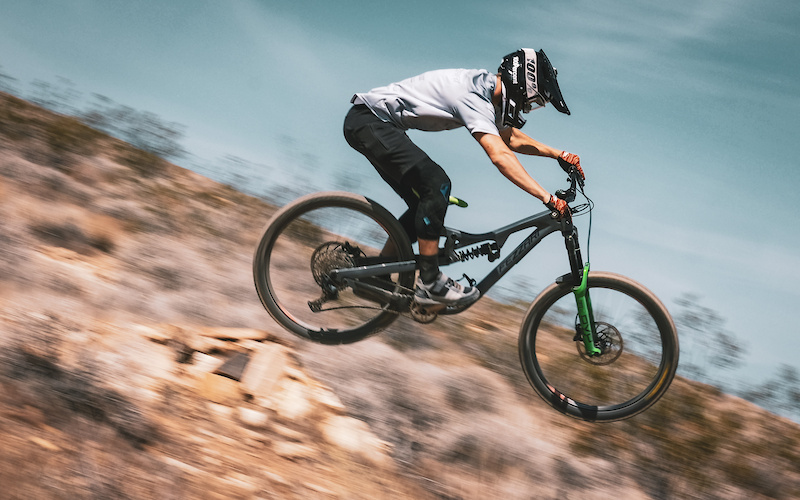 After a successful Winter Gravity Series pre-season, we are thrilled to officially announce our support for the 2022 Fezzari Factory Enduro Racing Team. This crew of six riders from across the country will be putting their all into the Big Mountain Enduro Series , California Enduro Series, Nationals and North American EWS in their respective categories. Runners will run the all-new Fezzari La Salcomplete with the DVO Oynx SC D1 fork and Topaz 2 Where Jade X shock absorbers, depending on terrain and rider preference. The Fezzari La Sal with the DVO suspension packages, plus parts from the other sponsors, is a race machine. We join VelociRAX, TRP Cycling, Trail Manos, DT Swiss, Club Ride Apparel, Ride Concepts, Cush Core, Fasst Company, Maxxis, Mountain Racing Products, SCC Tech, Look Cycle, WHT LBL Custom Mountain Bike Apparel and Kogel Bearings to support the new team.

We recently spent a long weekend in Saint George, Utah, where we worked to tune the rider suspension. These runners are ready to race!

Jake Ingram
Jake is from Fort Smith, AR, is 25 years old and competes in the Pro Open category. Jake is an example of how physical and mental preparation can combine to make a great runner. He is dedicated to his diet and shoots at full throttle. Jake hurt his arm at Bootleg Canyon after a successful Winter Gravity series, but he’s back on the bike and will soon be between the gang hungrier than ever.

Naish Ulmer
Naish is from Park City, UT, is 32 years old and competes in the Pro Open category. Naish brings with him a lot of competition experience, first as a professional skier and then as a private racer. He is determined to train and always exudes positive energy.

Ryder Cook
Ryder is from Henderson, NV, is 18 years old and competes in the U21 Men category. Ryder is a tough, brave and dedicated runner. His innate dedication and passion for competition make him a rider to be reckoned with on the course.

Wyatt Anderson
Wyatt is from St. George, UT, is 17 years old and competes in the U21 Men’s category. Wyatt is a young driver with natural talent and strong racing instincts, with a fun mix of style and a love for driving. We see a lot of promise in Wyatt as he looks to the Pro Open category in the future.

McKaela Meffert
McKaela is from Coupeville, WA, is 15 years old and competes in the women’s U21 category. Kaela may be our youngest rider, but make no mistake, she’s tough as nails. After a terrible hand injury last season, Kaela has gone into overdrive and continues to be a promising young rider with a bright future in the women’s category.

Jason Tulis
Jason is from Las Vegas, NV, is 24 years old and competes in the Expert Men category. Jason grew up riding a motorcycle and brings a lot of love and enthusiasm for racing to every event.

Norm Nielsen, team leader
Norm Nielsen of Santa Clara, UT, will lead the charge as Team Manager. Norm has a long history with Fezzari, but more importantly, he is an intensive care firefighter and paramedic. Leadership runs in his blood and we are excited about the progress he will bring to the team.

“We are really excited to have this racing program. We have a talented group of riders and they are hungry to get out there and compete.

Production resumes in the ABBOTT natural milk factory in difficulty