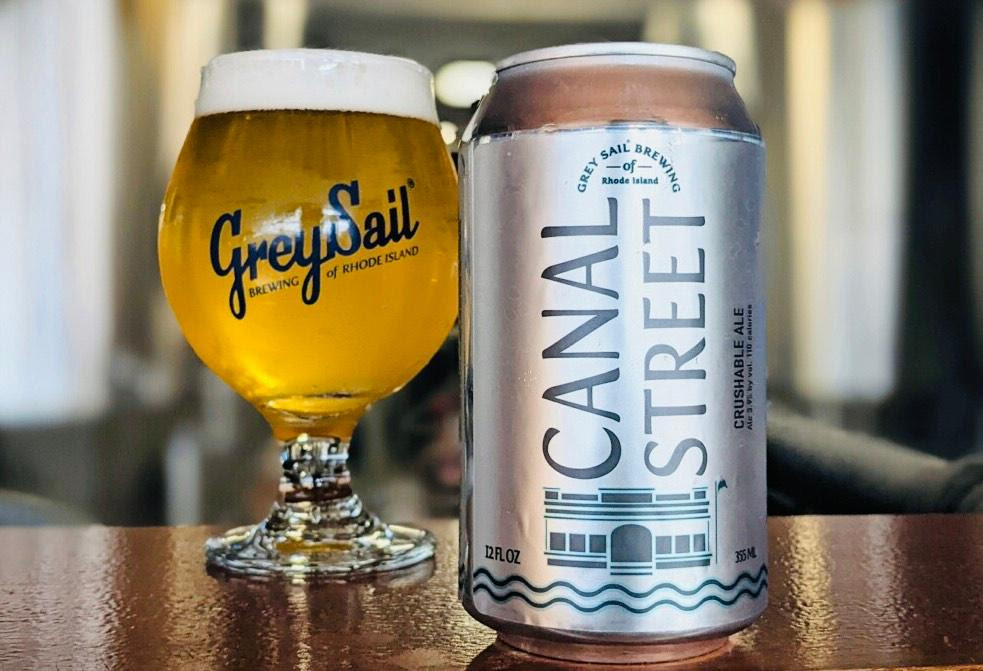 “We are excited to introduce a high quality light beer to our core line of craft beers,” said Alan Brinton, co-owner of Rhode Island’s Gray Sail Brewing in a press release. “Canal Street is an easy-drinking drink that doesn’t compromise on taste. We know our customers in Rhode Island, Massachusetts, Connecticut, New Hampshire, New York and New Jersey will enjoy Canal Street all summer long.

Canal Street will be available on a Pint Night at Stevie D’s Riverside Tavern in East Providence on Thursday, April 14 from 7-9 p.m. Further events will be announced on Gray Sail’s social media platforms.

Craft beer has always been a passion for Alan Brinton, founder of Gray Sail. A chemical engineer by day, Alan brewed at home at night and on weekends. In 2009, Alan and his wife Jennifer began to seriously think about opening a brewery. After locating a space, outfitting the brewery and hiring great staff, Gray Sail officially opened on November 11, 2011 in Westerly, in a former macaroni factory, and began brewing Flagship Ale. Jennifer oversaw the operation of the brewery while Alan continued to work full-time as an engineer, while raising four children together. Ten years later, the brewery has the capacity to brew 15,000 barrels of beer per year.

A novel by Sujatha translated by Madhavan Narayanan

Interview with the creators of Glue Factory Show with NFTevening