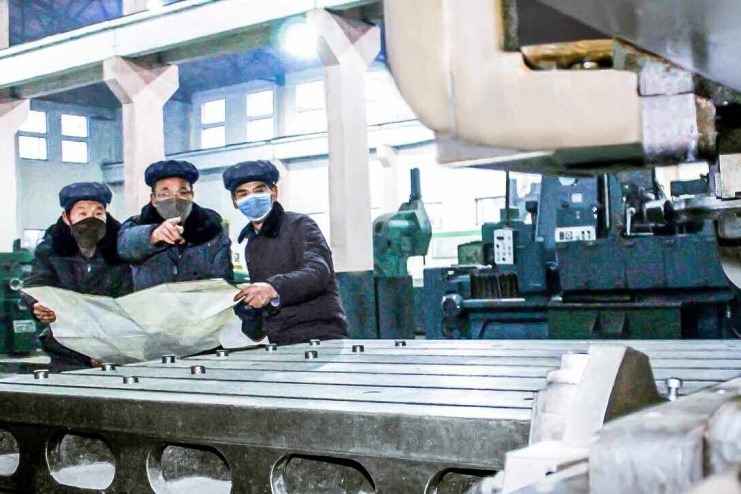 A Daily NK source in North Hamgyong province said on Tuesday that there was a public trial at the cultural hall of the Hoeryong Coal Mining Machinery Factory in mid-June. At the end of the trial, factory officials accused of filing false reports that inflated their fulfillment of state plans were arrested on the spot.

According to the source, Hoeryong Coal-mining Machine Factory reported to the city people’s committee that it exceeded industrial production targets for the first half of the year. When authorities came to check, however, they found that the factory had falsely reported three months of planned production as “already finished.”

Officials disputed that, responding by calling a public trial led by the city attorney’s office and the city police’s economic crimes division.

The lawsuit lambasted the officials, saying their false report was causing problems not only at the plant itself, but in mining production: “Filing reports that inflate your accomplishments without considering all [repercussions] is a very serious problem, an attempt to deceive the party and the state.

Three plant managers were on the role: the head technician of the technological development department, the head of planning and the head of production. They listened to speeches about why they should face criminal penalties and criticism from ordinary working people.

When trial officials halted the proceedings, telling the trio they were ‘handed over to justice’, waiting police guards handcuffed the defendants, dragged them away and put them in a car .

The source said the whole incident started when a demobilized soldier newly sent to the factory and a member of the planning team – during the filing of their performance reports – told the party organization of the factory that it was strange that the factory had falsely reported that it had exceeded its plans when it was still far from achieving its goals.

Eventually, the city party committee issued a warning to the factory party committee and mobilized city prosecutors and police to blame the officials in question and bring the case to a conclusion.

However, the provincial party committee – after getting wind of what happened – decided to conduct a 10-day review of first-half economic performance reports across all economic sectors in the province to ensure ensure their veracity, the source said.