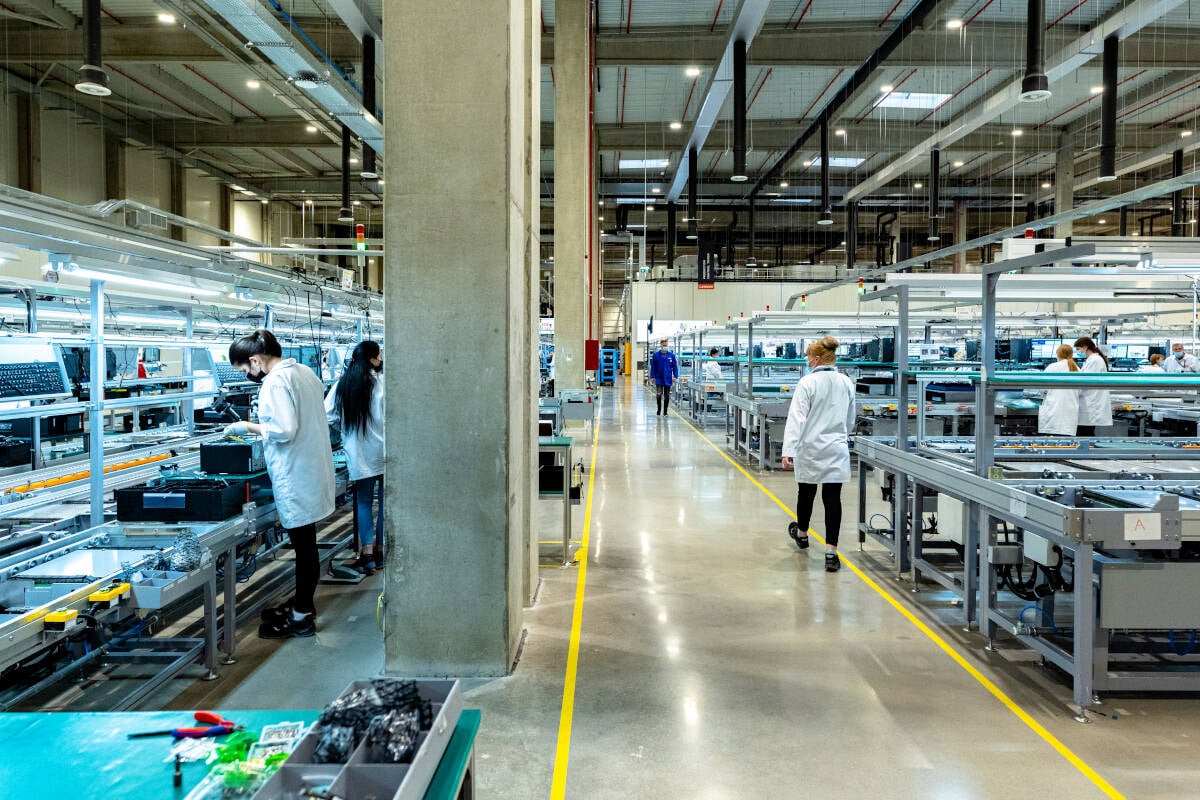 Lenovo has officially opened its first manufacturing facility in Europe, to locally build high-end servers, storage systems and PC workstations for customers in Europe, the Middle East and Africa.

The factory, located in ÃœllÅ‘ in the charming county of Pest near Budapest, was located there because of strong infrastructure, a skilled workforce and a central location in Europe, according to Lenovo.

However, part of Lenovo’s investment is supported by local government incentives through the Hungarian Investment Promotion Agency (HIPA). And the relatively lower salary structure in the country undoubtedly also played a role in the selection process.

The site employs more than 1,000 full-time people in a range of engineering, management and operations roles, and Lenovo said the numbers continue to rise as the facility reaches full capacity.

The original plan was to build and open the new factory of Spring 2021 but like so much else in the world in recent years, COVID-19 has delayed proceedings.

Lenovo’s senior vice president and president of EMEA, Francois Bornibus, welcomed the opening, saying the company had taken an “important step” in the evolution of its global manufacturing network, which includes a mix of in-house and contract manufacturing.

“Hungary’s well-connected location brings us much closer to our European customers so that we can meet and support their needs while remaining at the forefront of innovation,” he said in a statement. â€œAs our business continues to grow around the world, this incredible new facility will play a key role in our plans to ensure future success and bring smarter technology to everyone in Europe in a more sustainable, fast and efficient way.â€

Lenovo said the new site is now one of its largest manufacturing facilities. The production lines are said to be capable of producing over 1,000 servers and 4,000 workstations per day, each built to customer specifications.

Automation capabilities have been incorporated into the plant, including a building management system, according to Lenovo, which will monitor temperature, humidity and asset conditions.

In today’s climate, Lenovo must also consider environmental concerns. The new factory was therefore equipped with solar panels capable of providing half a megawatt of energy, enough to power the equivalent of a small village. Combined with new manufacturing processes, such as a patented low-temperature soldering process, this will help meet climate goals, Lenovo said.

Lenovo reported quarterly revenue of $16.7 billion for the fourth quarter, an increase of 7% over the same quarter a year earlier, while annual revenue reached 71, $6 billion, an increase of 18% and an annual net profit of more than $2 billion. Â®