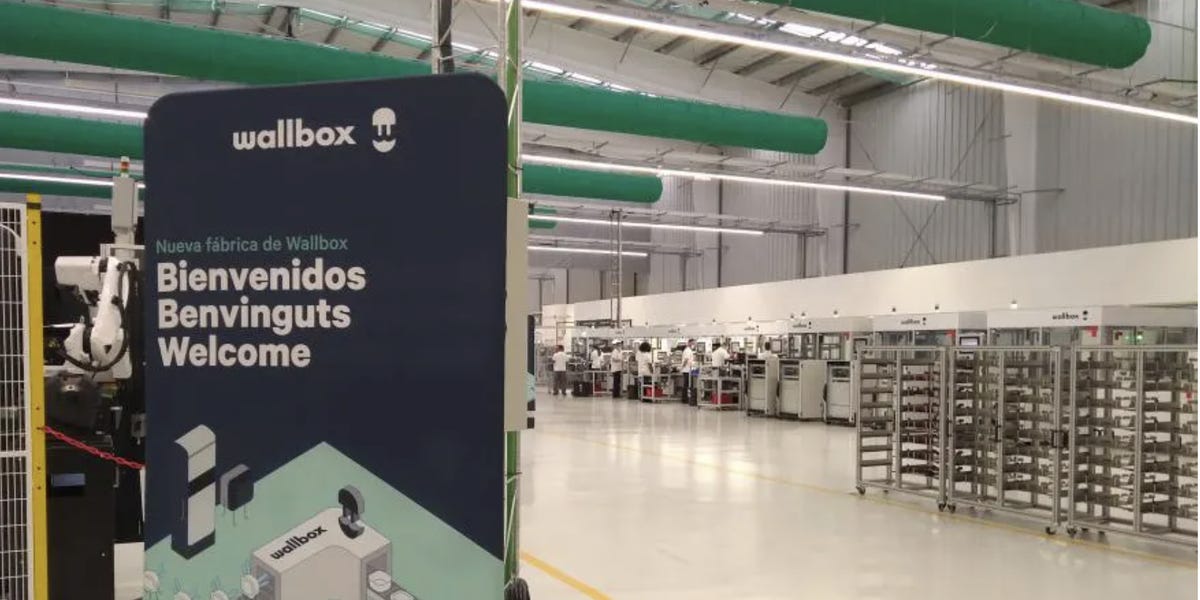 This is an edited and translated version of an article originally published on April 23, 2022.

Wallbox, a Spanish startup that builds electric car chargers, listed on the New York Stock Exchange in 2021 after the company surpassed 400 shareholders and 1.1 million shares outstanding.

Wallbox has invested 9 million euros in a new factory in Barcelona, ​​which opened on April 20. The company said it expects the site to employ more than 500 people.

The new factory will supply European, South American and Asian markets, with the exception of China, where the company already has a factory in Suzhou. The company is about to open another plant in Arlington, Texas to supply the US and Canadian markets.

Wallbox gave Insider a tour of the new factory and its operations.

The factory is divided into three areas: validation, production and logistics

Wallbox will have the capacity to produce more than 750,000 chargers per year, according to a company press release.

“The charger market is very volatile, so we have to be flexible,” logistics manager David Padillo told Insider during the tour.

Each operator has a screen that shows them a step-by-step breakdown of the procedure on their part of the production line.

The production line is also equipped with cameras that detect whether the threads of different colors are correctly assembled. An operator must complete their part of the procedure in 46 seconds, before moving on to the next loader. It takes a total of eight minutes to assemble each charger.

Once the process is complete, operators place each loader in a box and a 23-page report on its assembly is generated and stored at the factory. This report is “the medical history of the charger, with the components it carries, the tightening torque and electrical and connectivity test results. So if a user registers the charger and has a problem, we know everything”, one of the employees conducting the tour told Insider.

The Supernova Public Charger takes a bit longer to complete the build due to its size and weight. Each charger weighs 551.2 pounds and takes about 22 minutes to build.

Manolito and Joselito are the names of the robotic arms in charge of two of the factory’s key tasks.

Manolito is in charge of etching the circuit boards for the chargers: “He etches about 800 circuits himself per shift; one person could do 200,” said the employee who runs the tour.

Joselito is at the end of the production chain.

Joselito verifies that the chargers are properly connected by photographing the charger parts and comparing them with a standard model to identify any errors.

When operational, the warehouse will receive 360 ​​loaders every hour. “They will come straight from the production line, untouched by humans,” Padillo said.

The goal of this warehouse is that it will be able to deliver chargers anywhere in the world within 72 hours, which Padillo says is one of the company’s key performance indicators.

Asked about the plant’s sustainability, Asunción’s face lit up.

He said Wallbox aims to produce as little waste as possible by recycling and reusing materials. The company plans to install 4,500 square meters of solar panels that will supply 900 kilowatts of power to the factory, which would represent between 30% and 60% of the energy needed to manufacture the chargers, according to the company’s press release.

“The problem with the panels is that we are not always going to use the energy they produce. So we put in a stationary battery that recharges from this energy, and all the cars of our employees and a car-sharing base are going to be charged with this,” Asunción told Insider.

“When there is no solar power, these cars dump the excess energy into the building.”

Wallbox uses Sirius software, an energy management system, to integrate and manage all its energy sources.

“Sirius is designed to decide autonomously at any time which is the best source of energy – depending on the needs at that precise moment but also on the price of electricity”, says the press release.

Asunción estimated that the software would reduce the plant’s energy consumption by around 20%. But he added that the ultimate goal was for the factory to become self-sufficient.