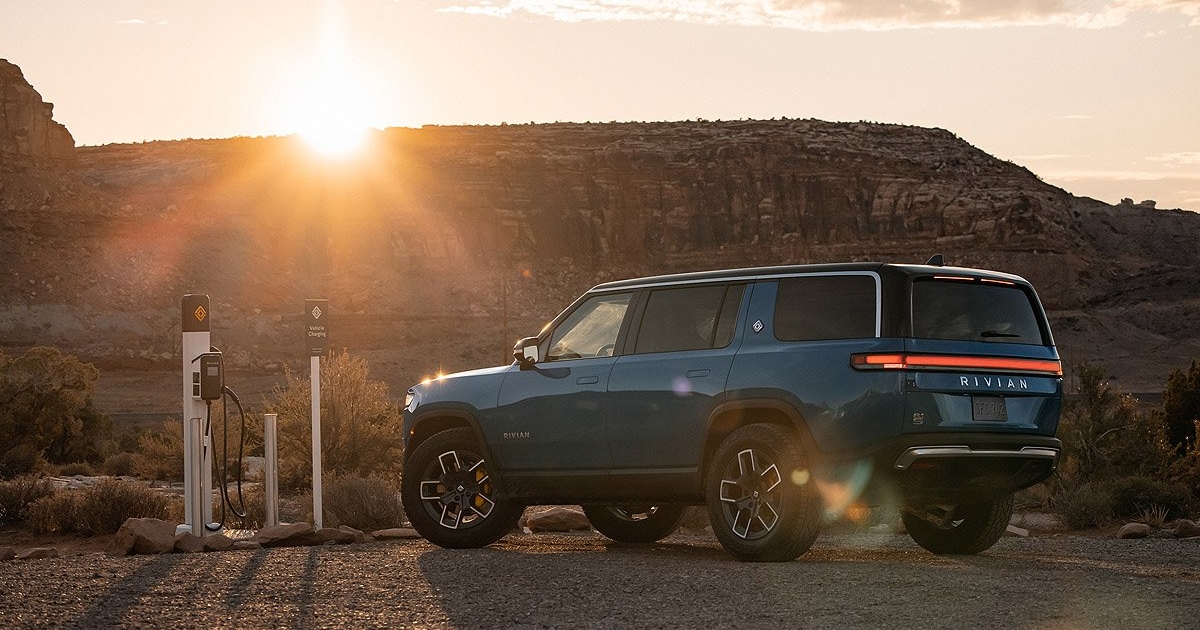 Technically, Rivian was building R1S vehicles but not delivering them to the public. Deliveries began to employees starting in December 2021, Rivian said, with the first to Scaringe itself. Deliveries will soon shift to increasingly impatient reservation holders from August or September.

This will mark a significant milestone as Rivian has over 90,000 bookings between R1T and R1S. This is separate from an initial order from Amazon for 100,000 pickups. The pickup and SUV using the “R1” platform are built on a separate line from the much larger commercial vans.

The R1T and R1S are considered high marks in the EV space, according to rave reviews from automotive journalists.

The R1T was the first electric pickup on the market and delivers sports car performance on the street and extreme off-road performance on the trails, thanks to an air suspension that adjusts dramatically from top to bottom, according to the use case. Many accessories emphasize camping and outdoor adventures.

The R1S will almost single-handedly have the three-row luxury EV space, except for the Tesla Model X, which has limited off-road capability. The seven-seat Model X starts at $125,940 with shipping, while the R1S starts at $85,575. A cheaper R1S is expected to ship by 2024.

“Other than the aging and expensive Model X, we haven’t had another electric vehicle with three rows of seats – we only had a handful of plug-in hybrids,” said Robby DeGraff, industry analyst at Auto Pacific.

“The R1S will appeal to a much wider network of consumers, such as active families or people who have been waiting for an electric vehicle with more seats and cargo space” compared to the R1T pickup with five seats, said DeGraff.

Although the Model X was recently refreshed with an updated interior and a $140,440 Plaid performance trim, the R1S offers a boxy SUV design and similar off-road capabilities as the R1T.

“Really, it’s the only game on the market right now,” Edmunds Reviews Editor Travis Langness said in a video review. “The Tesla Model X – although it shares similar dimensions to the Rivian R1S – is essentially a coupe,” given its car-based roots.

The R1S comes with seven seats, nearly 15 inches of ground clearance at its highest setting, and 835 hp in the four-motor version that’s currently being produced, according to Rivian press materials.

The R1S has a range of 316 miles, according to the EPA estimate, and fast charging capability that can add up to 140 miles of range in 20 minutes under ideal conditions, Rivian said.

“Rugged SUVs are all the rage right now,” DeGraff said. “All the greatness Rivian promised about its R1T, like impressive off-road chop and towing capacity, for example, is essentially reflected on the R1S, simply via a more accommodating and accessible body style.”