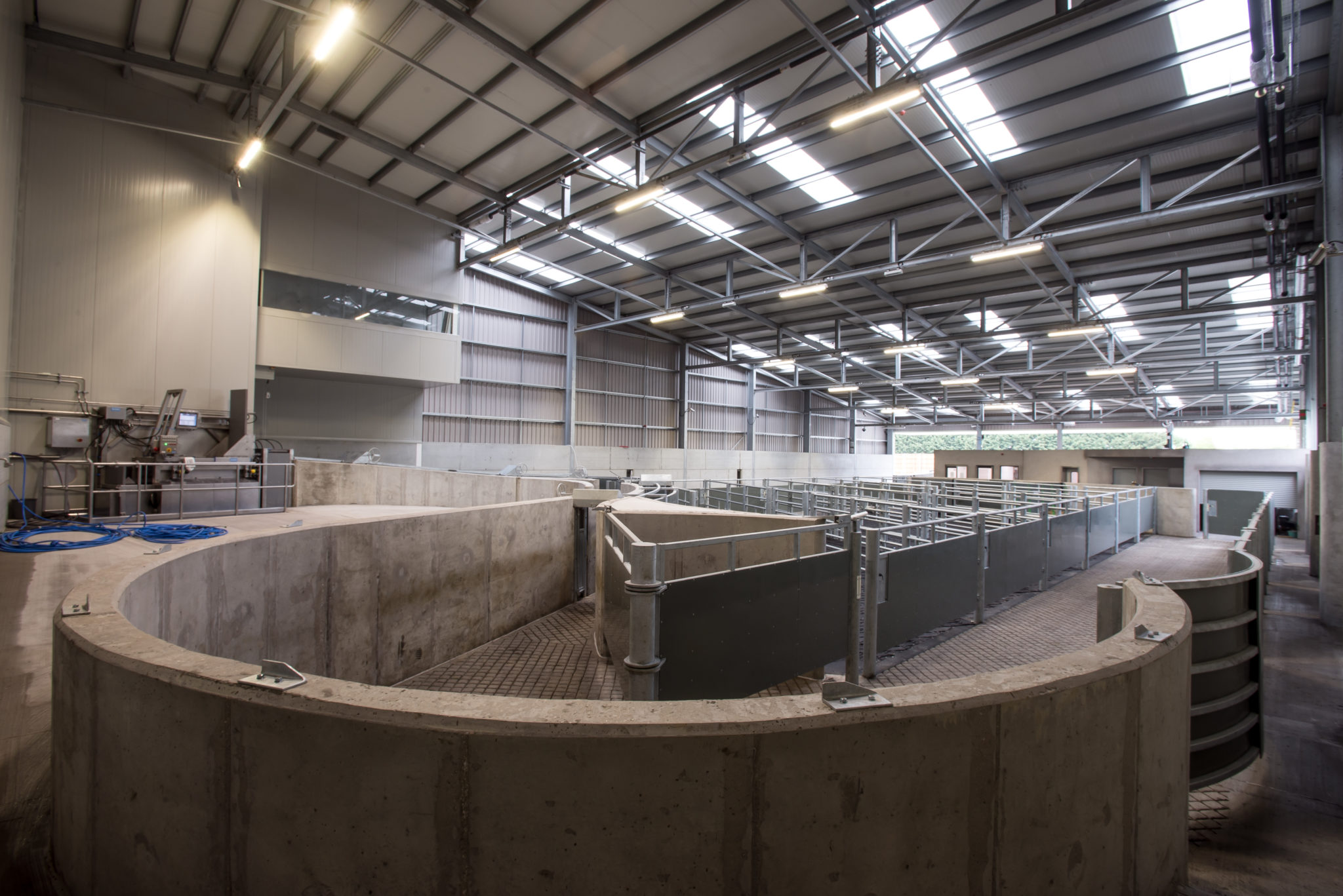 With 16 UK sites and over 12,000 UK-based farmer-suppliers, ABP Food Group is a leading beef processor employing over 6,000 people in its UK red meat operations.

ABP processes over 600,000 cattle and over a million sheep a year in the UK. Recently, the processor invited a number of media representatives to tour one of its flagship beef processing facilities in Ellismere, Shropshire, England.

As part of the site visit in which took part Agrilanda comprehensive tour of the site facilities was offered by site management.

The tour started in the factory barn, where suppliers leave their cattle before processing. The barn was designed by the famous American scientist and animal behaviorist Temple Grandin.

As shown in the image above, all cattle pens have a 45° angle at entry and exit to prevent cattle from having to turn sharply when entering or exiting the pen.

All doors have coated latches to ensure they close quietly. This eliminates the loud noises of doors slamming and door latches closing. There were no bright colors used in the construction of the stall.

Upon entering the stun box, the animals ascend a gradual slope to a holding unit which is illuminated with brighter lighting. This is because livestock will naturally ascend to brighter areas from darker spaces.

All pens in the barn have concrete slatted floors covered with rubber mats.

Approximately 300 to 340 cattle pass through the stall every day.

In the stall office, each breeder can see an image of their animal’s carcass going through the grading machine and see the confirmation grade, fat score and weight assigned to the carcass.

After five years of planning, two years of construction and a £40 million investment since 2015, ABP Ellesmere describes itself as “the world’s most sustainable beef processing plant”.

ABP Ellesmere is a carbon neutral facility, certified by the Carbon Neutral Company; according to the meat processor, the site is “the first of its kind in the world”.

The focus on efficiency is evident, as the site generates its own heat and electricity from biofuels and refined tallow produced from its on-site beef processing operations.

The facility produces a variety of beef products, ranging from steaks and roasts to hash and burgers.

A significant amount of beef forequarter that is processed on-site is destined for products such as burgers, meatballs and ground meat.

The processor undertook extensive research and worked alongside celebrity chef Jamie Oliver to take dry-aged beef from a niche product to a mainstream product. The ABP Ellesmere site claims to be the first processor in the industry to scale up dry aging of beef.

The vast majority of processed beef is sold on the UK market and 70% of prime beef is dry aged on site.

Take a look inside the world's "first" carbon-neutral beef plant -