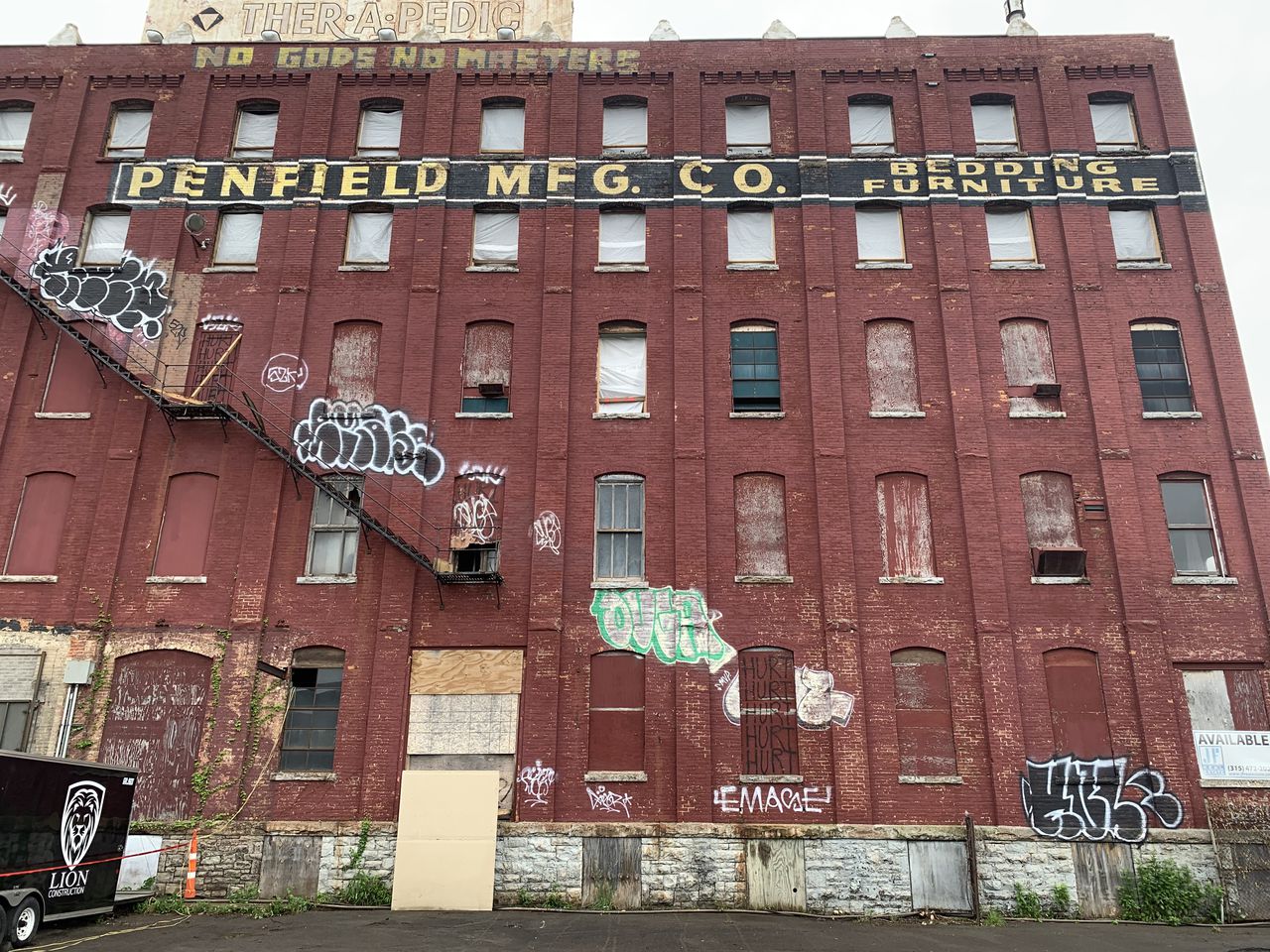 Syracuse, NY — Construction began Wednesday on a $55.4 million transformation of a Syracuse factory building famous for the home on its roof.

The team plans to transform the former Moyer car and automobile factory into 128 lofts, consisting of 90 one-bedroom and 38 two-bedroom units.

The building will also have 3,670 square feet of retail space.

Four interconnected buildings will undergo gut rehabilitation, but the exterior architectural details of the buildings will remain intact. Four other structures on the site will be demolished.

Harvey Moyer manufactured cars and later automobiles at the site from the early 1880s until 1915. Subsequent owners of the complex included Porter-Cable Machine Co. and Penfield Manufacturing Co., a manufacturer of mattresses and furniture from bedroom.

The complex has been largely vacant since Penfield closed in 2006.

The main factory building is best known for the house on its roof, visible from Interstate 81 and much of the city’s Northside.

Despite decades of rumors, no one has ever lived in the house. The structure houses the mechanical equipment for the building’s elevator. Nonetheless, Benz said the house is an important part of the building’s historic character and will be restored with new siding, windows and a roof as part of the project.

Construction is expected to be completed in October 2023. Hueber-Breuer Construction Co. is the prime contractor for the project. Carmina Wood Design is the architect of the project.

All apartments will be affordable for households with an income equal to or less than 60% of the region’s median income. Housing Visions Consultants Inc., a non-profit housing development organization, is a project partner.

Residents will have access to on-site support services funded by the Empire State Supportive Housing Initiative and administered by the state’s Office of Mental Health.

Additionally, the state Office of Mental Health administers more than $1.2 million in annual operating funding for the 50 support units.