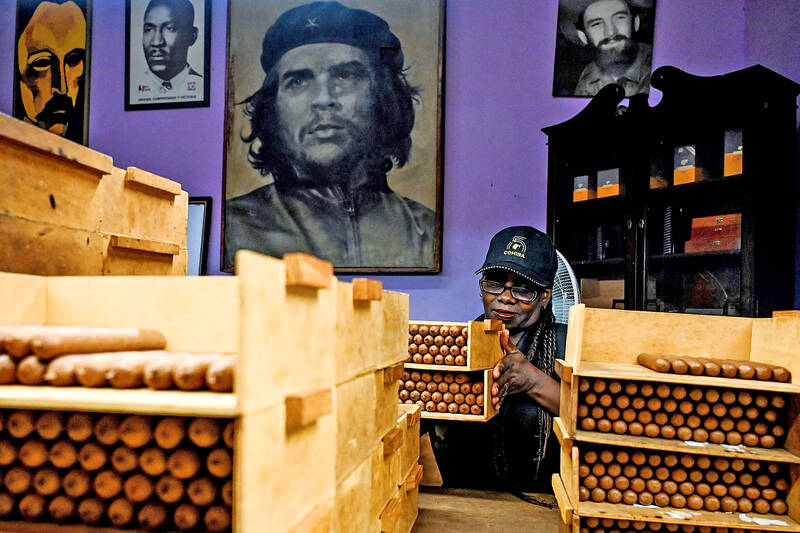 Sitting in front of a machine that checks the quality of cigars, Orquidea Gonzalez said she was proud to carry on the artisan tradition and contribute to an export industry that has flourished during the COVID-19 pandemic.

His job is to measure the draw of each cigar in a metal tube to ensure that the smoker gets the perfect puff.

Warning: Smoking can harm your health

The El Laguito factory opened in 1966 in West Havana to make the favorite cigars of hero of the 1959 communist revolution and longtime Cuban President Fidel Castro.

The factory is the birthplace of Cohiba cigars, the country’s most prestigious brand. The name is reminiscent of how the Taino natives referred to the rolled tobacco leaves they smoked. 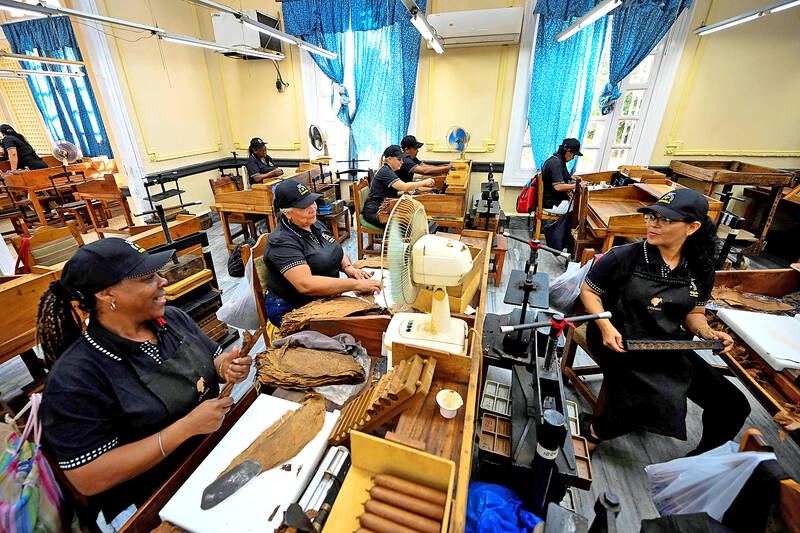 Warning: Smoking can harm your health

Rolling your own leaves is a tradition that lives on among farmers in the western province of Pinar del Rio, where most of Cuba’s tobacco plantations are located.

Castro’s favorite cigar, the Cohiba Lancero, which he smoked until he quit in 1985 at the age of 59, is still produced at the factory.

“Despite all the difficulties we are facing”, the goal is to manufacture “nearly 2 million” cigars this year, or about 9,000 per day, said the director of the factory, Oscar Rodriguez.

Despite the COVID-19 pandemic, exports of Cuban cigars grew by 15% last year, totaling $568 million, according to Habanos SA, which includes all national brands.

This is a significant boon for the Cuban economy, which is struggling with its worst crisis in 30 years, with daily power shortages and cuts.

The factory “didn’t stop for a single day” during the pandemic, ultimately making cigars “the country’s second-largest export,” Rodriguez said.

Spain, China, Germany, France and Switzerland are among the main buyers.

Deftly wielding curved blades and a sticky substance, dozens of workers put the finishing touches to the ends of freshly rolled cigars.

About 60% of the workers are women – according to a factory tradition founded by Castro’s comrade-in-arms, Celia Sanchez – which aims to provide opportunities for single mothers or struggling women.

Another founder, Norma Fernandez, who died during the pandemic, rolled the cigars for the leader of the revolution.

“It was a privilege to be able to say, ‘I made the president’s cigars,'” said Gonzalez, at work at the factory, which is housed in an elegant 1950s villa.

Caridad Mesa, 55, started working in El Laguito as a cleaner. Thirty years later, she is in charge of spotting the slightest faults in cigars.

You have to control “the quality, the weight, the length… the thickness,” she said, peering into boxes overflowing with cigars under a large portrait of communist revolutionary icon Ernesto “Che” Guevara.

Cohiba cigars, which include a wide range of styles, can cost between US$30 and US$200 each, in Cuba and abroad.

“Cuban tobacco is distinguished from all other types by the flavor of the land of Pinar del Rio,” Gonzalez said.

This is “where the best tobacco crops grow”, she added.

Comments will be moderated. Keep comments relevant to the article. Remarks containing abusive and obscene language, personal attacks of any kind or promotion will be removed and the user banned. The final decision will be at the discretion of the Taipei Times.

Intel overclocks its Arc A750 to 2.7 GHz using the factory air cooler

Does a factory reset remove viruses?