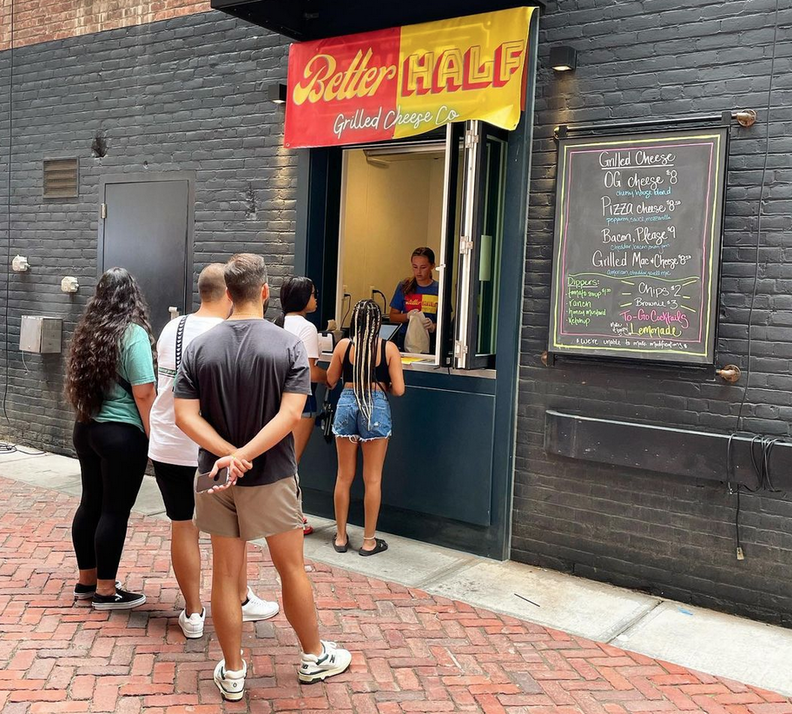 After nearly eight months away, Bakehouse 46 are back in Birmingham in a bigger space.

The Birmingham store, which opened August 8, will hold a grand opening celebration on Friday and Saturday at its new location at 250 W. Maple Road. The first 46 customers will receive $46 and 15% off for life, according to Chelsea Smith, director of brand and marketing at Bakehouse 46.

The new store is in an 1,800 square foot space previously occupied by Adventures in Toys, which closed last year. Smith said the company was bound by a “multi-year” lease, but declined to provide more information.

The new location can accommodate 35 to 40 people, four times more than the old location. Fully staffed, it will have 20 employees.

Bakehouse 46, which offers a variety of cupcakes as well as donuts and cider, sandwiches and coffee, was evicted from its former Old Woodward location after its building was sold to make way for a CB2 store, a subsidiary of Crate & Barrel.

The move comes as the company is set to expand further. The Grosse Pointe and Ferndale locations are scheduled to open October 1 and January 1, respectively. The Ferndale location at 301 W. Nine Mile Road will operate from the former Cupcake Station space.

The Global Smart Factory Market Is Expected To Soar To A