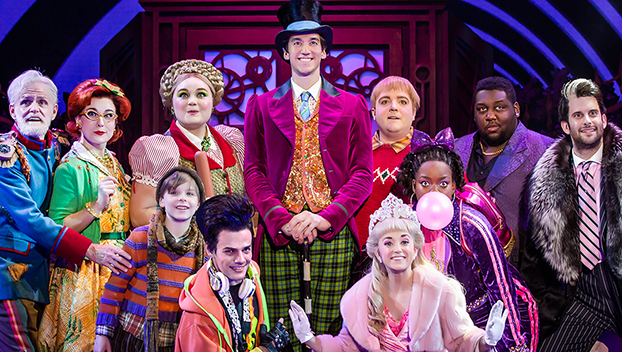 Get your “golden ticket” to Roald Dahl’s Charlie and the Chocolate Factory The Musical playing at the Lutcher Theater on April 18 at 7:30 p.m.

Tickets range from $35 to $85 and are available at lutcher.org.

Discounts are available for students, groups of 10 or more, and active military. Call the Lutcher Theater box office at 409-886-5535 for more information or to purchase tickets.

Enter a world of pure imagination as Roald Dahl Charlie and the Chocolate Factory The Musical tells the story of Willy Wonka, world famous inventor of the Everlasting Gobstopper, who has just made an amazing announcement.

His marvelous — and mysterious — factory opens its doors to a lucky few. This includes young Charlie Bucket, whose life definitely needs some sweetening. He and four other Golden Ticket winners will embark on a fascinating and life-changing journey through Wonka’s world of pure imagination.

Get ready for Oompa-Loompas, amazing inventions, the big glass elevator and more in this everlasting event!

Lending to the show’s star-studded credentials, Roald Dahl’s Charlie and the Chocolate Factory The Musical presents a Tony®, grammys® Emmys® award-winning creative team. Broadway musical features three-time Tony Award-winning orchestrations®-winner Doug Besterman, featuring songs from the original film, including “Pure Imagination”, “The Candy Man” and “I’ve Got a Golden Ticket”, alongside a new score from the songwriters of hair spray.

Lutcher Theater welcomes you back to “Your Home For Broadway”! The state-of-the-art, world-class 1,500-seat performing arts facility is the premier presenter of Broadway, national and international tours, award-winning artists, renowned dance and acclaimed children’s shows for Southeast Texas. and southwestern Louisiana.