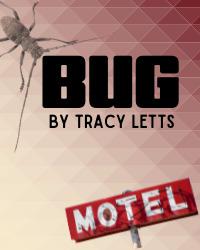 TORRINGTON – The Warner Theatre, including Stage @ the Warner, its local performance group, has a variety of shows coming this month and into early May. Tickets and information can be found at warnertheatre.org, or by calling the box office at 860-489-7180.

The cast includes Amanda Friedman, Josh Newey, Rae Janeil Sutherland, Daniel R. Willey and Lauren Jacob / Set in a seedy Oklahoma City motel room, the play centers on the encounter between a divorced waitress and a war drifter soft-spoken Gulf. A hidden bug issue leaves the two in fear, quickly escalating into paranoia, conspiracy theories, and twisted psychological motives. Masks are required for this production. This production contains adult content, including violence, drug use, profanity and sex, and is not suitable for all audiences.

BenDeLaCreme is…Ready to Be Committed!, will be presented in the main hall at 8 p.m. on April 20.

Litchfield-born global drag icon and RuPaul’s Drag Race star BenDeLaCreme will embark on his biggest solo tour yet with his critically acclaimed narrative cabaret, “BenDeLaCreme is…Ready To Be Committed”. This queen extravaganza is a hilarious and heartfelt show that mixes slapstick, comedy and original music.

The James Montgomery Band with Christine Ohlman and the Jam Factory perform April 30 at 8 p.m. on the Main Stage.

James Montgomery has been an iconic figure in blues music for over 40 years. He is an accomplished blues harpist, vocalist, leader and bandleader, lending these talents to his own band, The James Montgomery Band. Christine Ohlman, “The Beehive Queen”, is the current longtime singer of the SNL Band, whose latest CD, The Deep End, has been honored on five national top ten lists. The Jam Factory is a tribute to “authentic” rock and roll, rhythm and blues, with a touch of soul, funk and metal.

Kevin James, in a show originally scheduled for June 2020, appears on the main stage at 8 p.m. on May 15. Tickets are still available; all original tickets are valid.

James began his career as a stand-up on the Long Island comedy scene. After being discovered at the Montreal Humor Festival in 1996, he signed a network development contract to create his own sitcom. “The King of Queens,” which premiered in 1998, ran for nine seasons on CBS with James starring and executive producing. The show earned him an Emmy Award nomination in 2006 for Outstanding Lead Actor in a Comedy Series. To purchase tickets, call the Warner Box Office at 860-489-7180 ​​or visit warnertheatre.org.