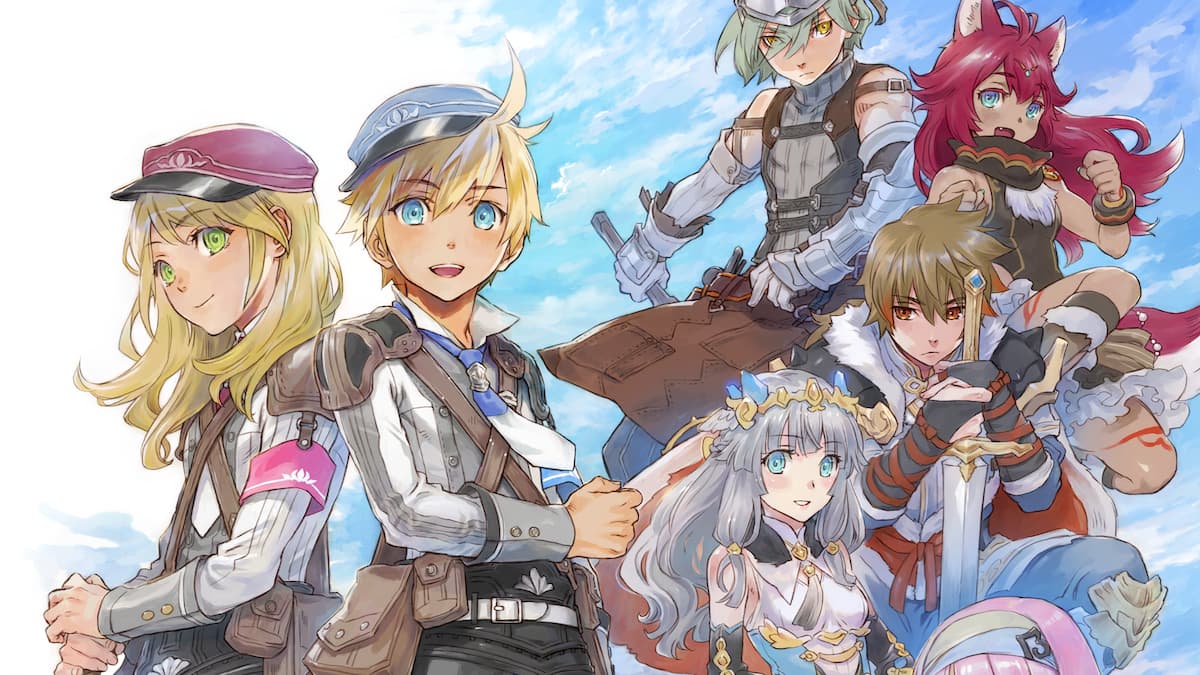 Rune Factory 5 is the franchise’s first major new entry in over eight years since Rune Factory 4 on the Nintendo 3DS. Similar to the previous game, Rune Factory 5 features a huge cast of characters that publisher XSEED is jumping into with its English cast of voice actors that you may recognize from popular anime or video game dubs. Here is a list of them all.

The male protagonist of Rune Factory 5 is Ares, a young man with blond hair and blue eyes who finds himself in the town of Rigbarth after discovering that he has lost his memory. To thank the kindness of the people of Rigbarth for taking him in, Ares decides to join the town’s brand of peacekeepers known as SEED to help protect Rigbarth from monsters. Ares is voiced by Robbie Daymond who is best known for voicing Goro Akechi in Persona 5 and is set to reprise his role as eighth brother in the Obi-Wan Kenobi Disney+ series.

Rune Factory 5 gives players the choice of choosing between a male or female protagonist, and Alice is the female option. Alice has a similar story to Ares, she is a kind, curious and optimistic person who likes to help others. She begins her new life as a peacekeeping ranger in SEED. His favorite pastime is walking around Rigbarth on patrol. Alice is voiced by Allegra Clark who anime fans might recognize as Maki Zenin from the Jujutsu Kaisen series.

Priscilla is a young woman with blue eyes and long braided pink hair who was born and raised in Rigbarth. She is described as a ray of sunshine who tends to make mistakes but makes up for them by being reliable as she always prepares in advance for any event. Priscilla is afraid to leave town due to an event that happened in her past, but she seeks to face her fear in the future. Priscilla is voiced by Megan Taylor Harvey, who fans of The Legend of Heroes: Trails of Cold Steel might recognize as she voiced Towa Herschel throughout the tetralogy.

Martin is a young man with light green hair and intimidating amber eyes, he is an apprentice blacksmith who dreams of becoming the best blacksmith in the world. Martin is not much of a fan of talking to others and because of this he is easily misunderstood, known for his outspoken nature. Martin takes great pride in his work and Martin is said to give names to his tools. At the start of the game, he teaches Ares or Alice how to forge weapons and farming equipment. Martin is voiced by Griffin Puatu who voiced Ganke Lee in Marvel’s Spider-Man: Miles Morales

Scarlett is a young woman with red eyes and long light-side blue hair that is tied in a ponytail and is a half-elf, half-human SEED ranger. She is known to be rigid and set in her ways, which includes doing things excessively according to the book. Scarlett’s pet peeves include hearing a never-ending story or changing the subject when the conversation isn’t over. Scarlett is voiced by Erica Mendez who is best known for voicing Sailor Uranus and Gon Freecss in Hunter X Hunter (2011).

Cecil is a young boy with blue eyes, red hair, and wears a black deliveryman’s hat. He is Martin’s younger brother. Both brothers lost their parents at a younger age, which led to Cecil’s goal of becoming a detective to find his father and mother. These days Cecil doesn’t talk much with his brother but he still loves him. Cecil’s curiosity led him to become friends with the protagonist. Cecil is voiced by Zeno Robinson who is known for lending his voice to Hawks in my hero academia and Goh in Pokémon Journeys: The Series.

Fuuka is a were-animal who has tan skin, blue eyes, long red hair, animal ears and a tail. She is a traveler who experienced many hardships on her journey and found herself in Rigbarth after traveling through many countries. As a were-animal, human language is a second language that Fuuka slowly but surely learns during her time in the city. Even without the language barrier, Fuuka by instinct alone can pick up when someone is lying. Fuuka is voiced by Cristina Valenzuela who is better known as Sailor Mars and Killua Zoldyck from Hunter X Hunter (2011).

Like Fuuka, Murakumo is also a were-animal with slit yellow eyes, long purple hair, animal ears, and a tail who happens to be the owner of Rigbarth’s only inn. He comes across as cheerful who is also a carefree and self-sacrificing individual whose perspective and thoughts on how to improve the inn were changed by talking with the protagonist. Murakumo’s efforts include giving gifts to his customers to serve his own satisfaction to make people happy, which leads him to struggle to make a profit. Murakumo is voiced by Kaiji Tang who is known for Archer in the Destiny series and Ichiban Kasuga in Yakuza: Like a Dragon.

Ryker is a carpenter’s apprentice who has white hair and gray eyes and is known throughout town for being a sleepy individual. His lack of work ethic has led him to not get along with Martin, and he is also lectured by people older and younger than them. While Ryker dozes off during the day, he is more of a night owl where a cooler, more mysterious side of him is revealed. Ryker is voiced by YouTuber and streamer, Alejandro Saab, best known for his reaction videos and covers.

Beatrice is a noble young woman with bright blue eyes and silver hair who is more out of touch with the outside world but at the same time has a sense of responsibility. She traveled to Rigbarth on business and originally planned to leave town, but changed her mind in order to get to know the protagonist and the townspeople. Some of Beatrice’s talents include the ability to play instruments and tame monsters to ride them. Beatrice is voiced by Julie Ann Taylor who has voiced other well-known characters like Cordelia in Fire Emblem: Awakening and several characters in Bleach.

How to Erase and Factory Reset a Mac

Elon Musk says people could upload their personalities to a humanoid robot made by Tesla, which he says could be in "moderate volume production" next year