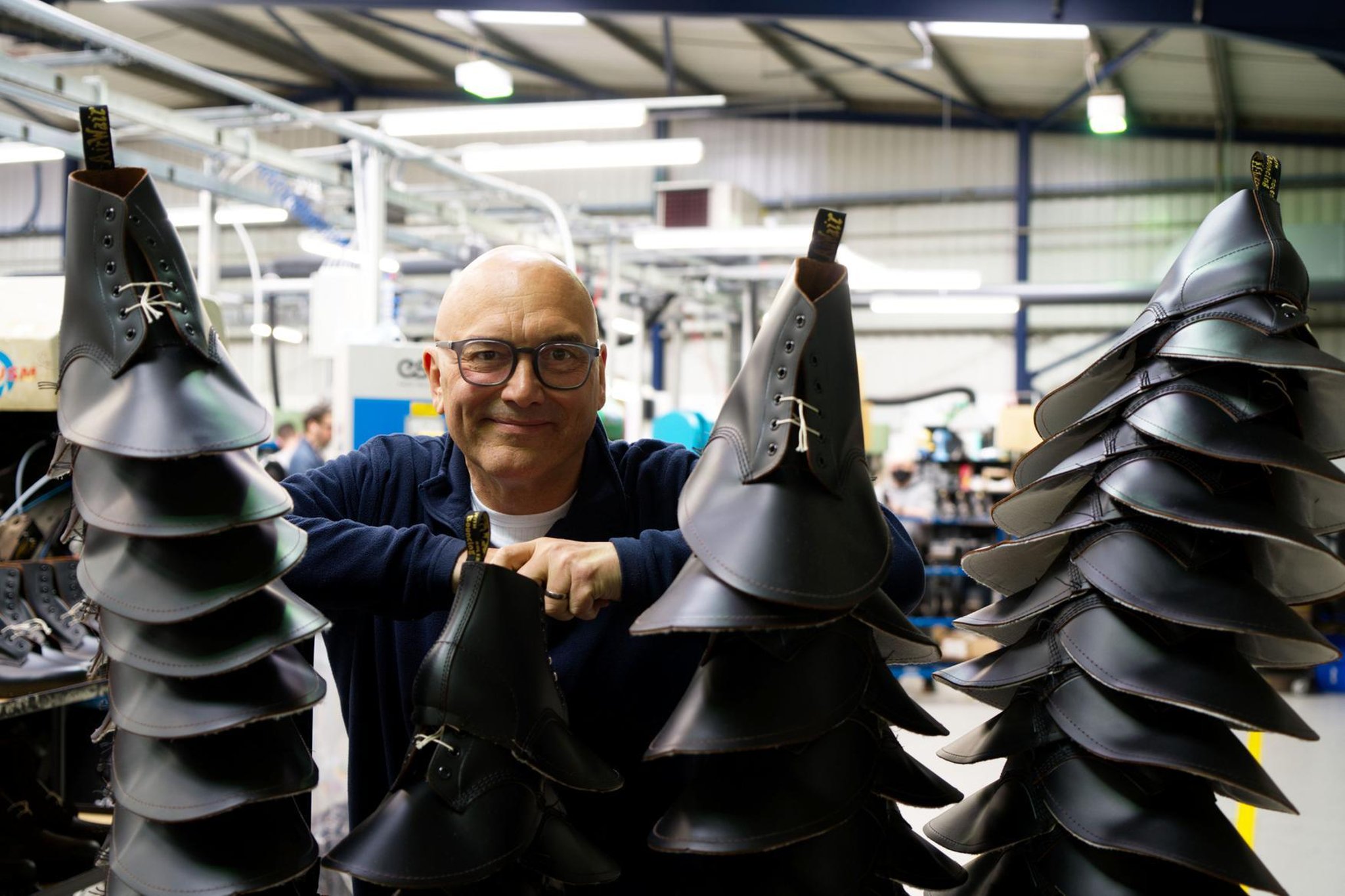 A world-renowned boot and shoe company in Northamptonshire will feature in a BBC TV program that will lift the lid on the manufacturing process of the UK’s most iconic brands.

Presenter Gregg Wallace will be seen on the next episode of Inside the Factory and will visit Airwair International Ltd in Cobbs Lane – the Wollaston home of the Dr Marten boot.

Factory staff were filmed as the famously excited Mr Wallace talked about every step of producing a pair of original Dr Martens 1460 leather boots.

Register to our daily newsletter

The newsletter mute the noise

Benefit – Gregg Wallace Sees How Dr. Marten’s Boots Are Made

Learning the history behind famous shoemaking terms, including recutting, clicking and skiving, at one point Mr. Wallace, who rose to fame as a MasterChef judge, compared cutting leather to the “cookie cutter”.

Shown around the factory by operations manager Steve Bent, Mr Wallace learns that they process around 590,000 feet of cowhide – enough to cover the floor space of Windsor Castle.

The factory has been in business for 120 years, producing boots for police officers and pop stars, but the famous “Docs” debuted on April 1, 1960, hence its nickname 1460.

Asking the staff about the meaning of skiving – “So what does it mean to be lazy?” – Mr Wallace was given a tour of each stage meeting Amber Leighton to cut out 14 sections for his pair of boots.

Mr Wallace is told that in a traditional shoe factory, all operations before the ski hall involved standing – the first machine to come with a seat allowed workers to sit down and ‘retreat’.

Watching the 3,000 stitches needed to complete a pair of ‘rods’, he is also shown how 16 metal eyelets are punched in the front for laces, before meeting Tanya Granahan in the closing room.

Mr Wallace is then seen giving the boots away with a tag ‘inspected by Gregg’.

Elsewhere in the episode, Cherry Healey sees how the machines use 350m of yarn to make a single pair of shoelaces and the secret to making a pair of children’s rubber boots.

Mr. Wallace is a judge on Master Chef

In the same episode, historian Ruth Goodman reveals the story of a British shoemaker who elevated the women’s shoes of risque 19th-century music hall performers to adorn the feet of the Queen of England, and she explores the origins of football boots and England. emergency start of the team during the 1950 World Cup.

The program is scheduled for January 19 at 9 p.m.